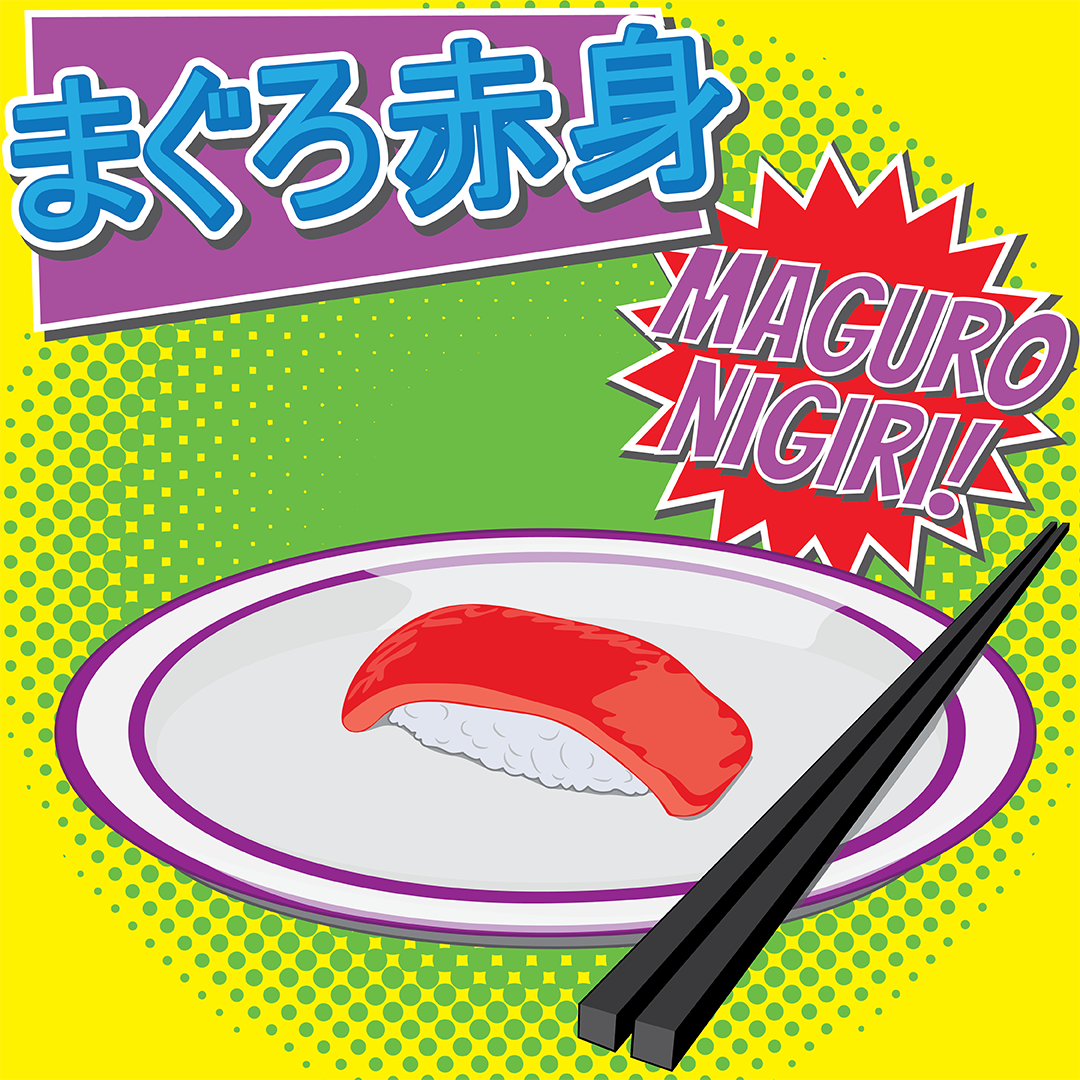 Nigiri translates to 'two fingers' and consists of hand pressed vinegared rice shaped into an elongated ball with a topping draped over it. Tuna (Maguro) is a staple of Japanese cuisine. When ordering Maguro you will likely be served raw lean tuna which is considered more flavourful than the fattier cuts, but firmer and less melt-in-the-mouth. Maguro is commonly Bluefin Tuna, but may also be any tuna species the chef has on hand.