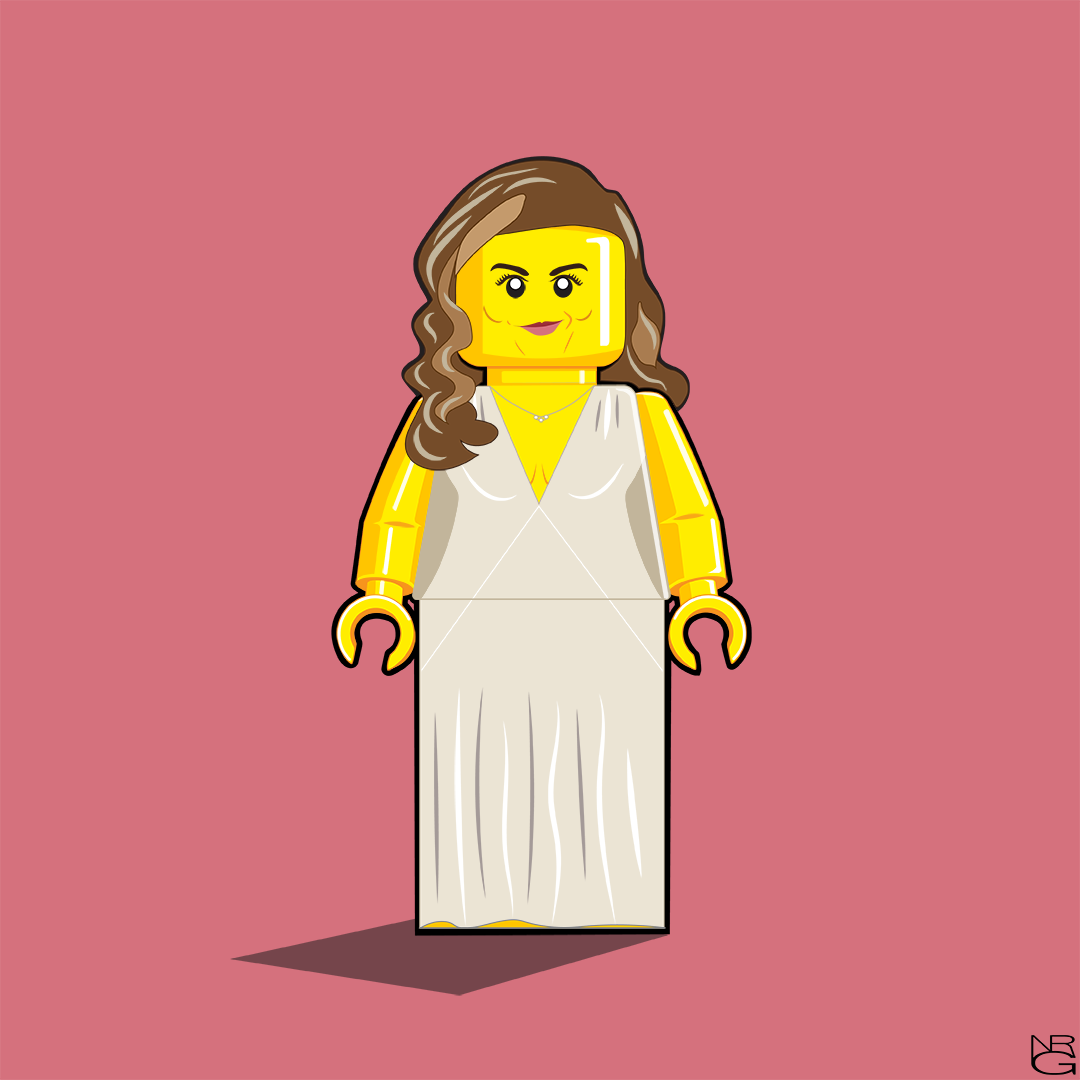 Multi award-winning Canadian series Schitt’s Creek, about the formerly wealthy Rose family who find themselves forced to relocate to the small town of Schitt’s Creek boasts a cast full of memorable and beloved characters, which are featured in the Schitt’s Creek Series of CryptoBrickies.

Alexis is the daughter of Johnny and Moira Rose, and grew up as a spoiled socialite. In fact, she spent so much time on the social circuit and traveling to exotic locations that she didn’t graduate from high school. She constantly name-drops throughout the entire series but she seems to do it with complete innocence, as if it’s a natural thing to do.

She can appear self-centred and vain, however as the seasons progress, we see she has a kind heart and there’s more to her than looks and a great wardrobe.

In Alexis Rose, Alexis is of her at her brother David’s wedding at the end of the series. She looks beautiful in the white dress she chose to give David away in. Because the theme David chose was ‘black-and-white’ (and she wasn’t going to wear black!), she is unaware that she looks like a bride until it’s pointed out.