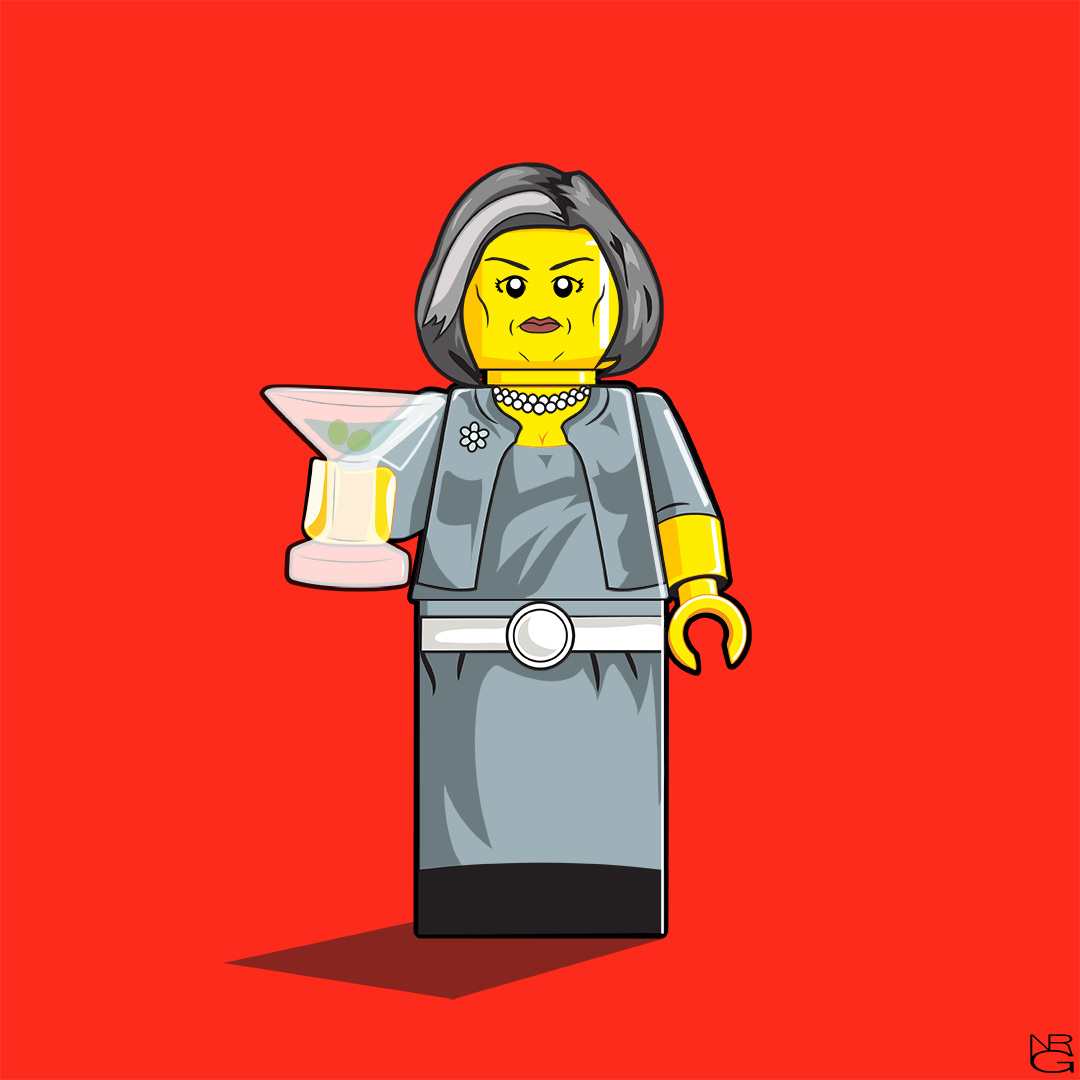 Jessica Walter (1941-2021) is well-known for her voice role as Malory Archer: spy agency boss, millionaire and mother to her dysfunctional secret agent son, Archer from the animated adult-themed series Archer. There are a number of similarities between Malory in Archer and the character of Lucille Bluth in Arrested Development: both women are alcoholic, rich, manipulative and have biting wits.

Malory hates most people, especially poor people and immigrants and she is only interested in wealth and status. If I cared what you did on the weekend I’d stick a shot gun in my mouth and pull the trigger with my toes.

Jessica as Malory Archer is modelled on Malory’s most frequent look – a grey Chanel suit – and rendered in the animation style of the Archer series.

View and Buy on OpenSea