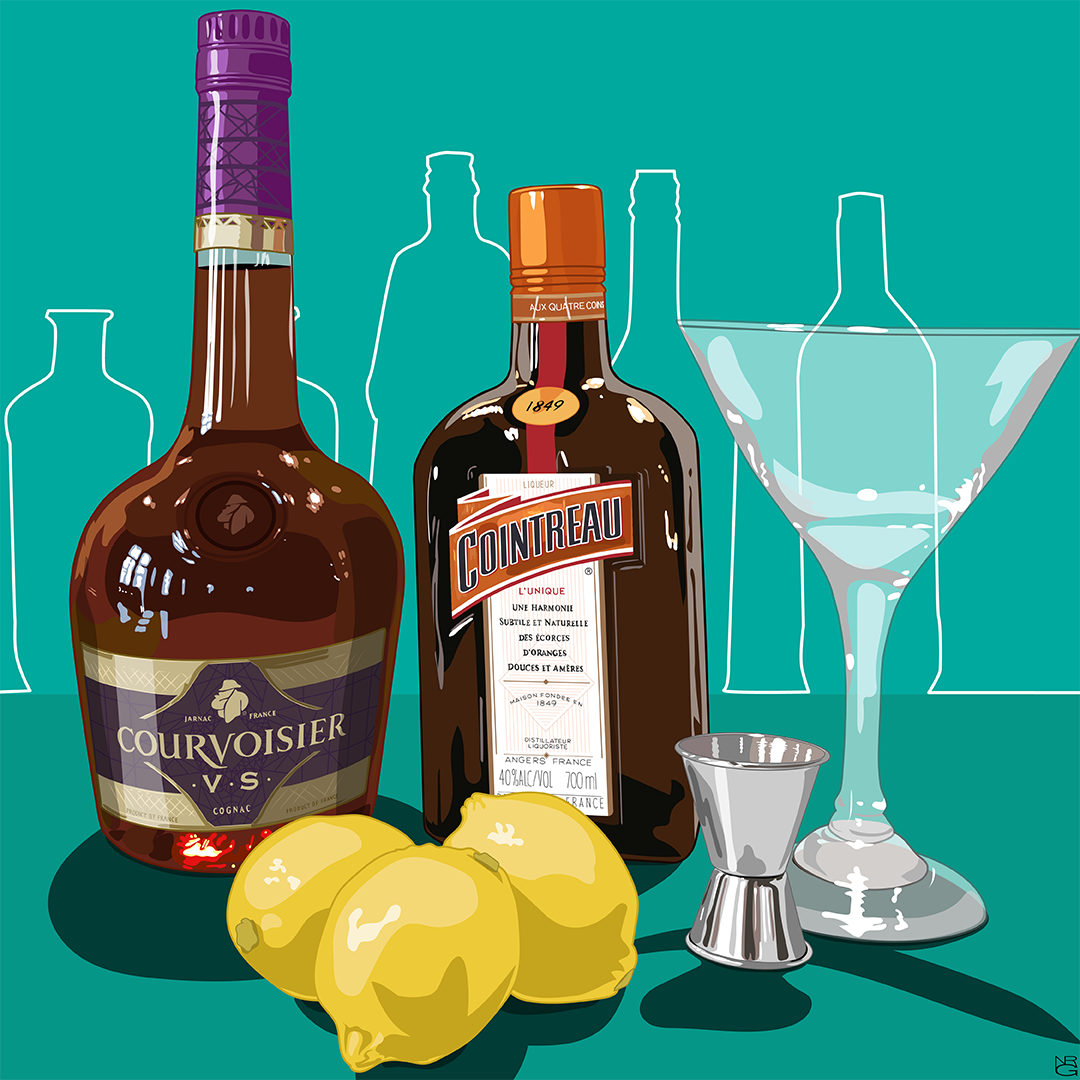 Purportedly invented in France at the end of World War 1, the Sidecar is a strong cocktail with it's main ingredient being Cognac. It is named after the motorcycle sidecar popular at the time of invention, and perhaps because one would need to be driven home in a sidecar after one too many of these cocktails.

This drink is made by pouring 50ml of Cognac, 20ml of Cointreau and 20ml of lemon juice into a cocktail shaker of ice. It is shaken well and strained straight up into a Cocktail glass.