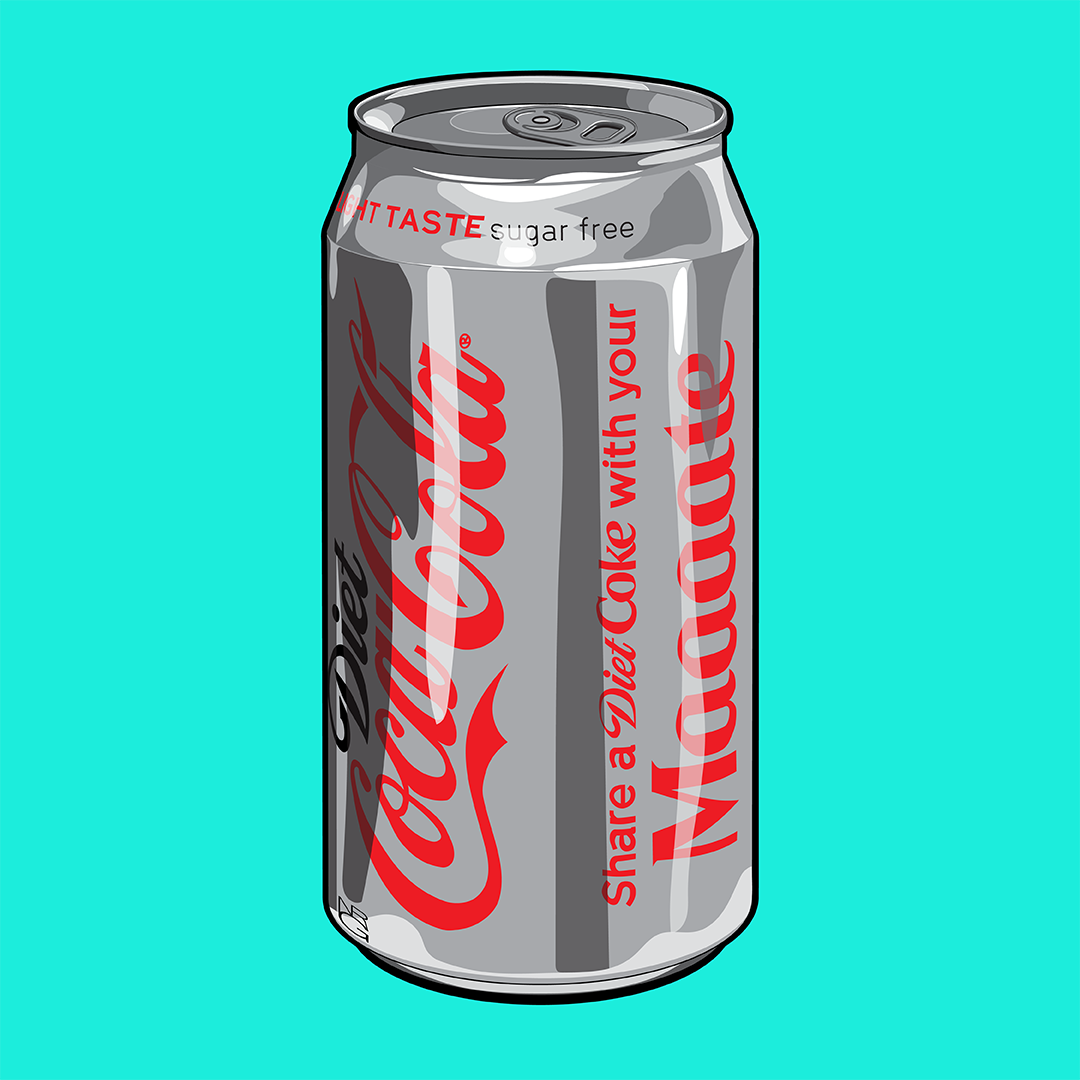 Diet Coke Australian Mate is an illustration of a Diet Coca Cola can purchased in a Phnom Penh supermarket in May 2021. NRG: I found this can in a supermarket that imports groceries from the USA and Australia. It caught my eye along with another can because of the uniquely Australian word printed on the side – ‘Maaaate’. In Australia, where I’m from, ‘Mate’ is a colloquial way to refer to one another or address people informally (e.g. “He’s my mate from school”, or ‘Hey Mate, how are you goin’?” Australian’s may refer to a third person (particularly if they don’t know their name) as ‘Old Mate’ (e.g “Look at Old Mate over there, he’s so wasted”). Drawing out the word Mate into ‘Maaaate’ could mean frustration (e.g. “Maaaate, why’d you go an’ spill me beer?), an alternative way to greet someone (e.g. “Maaaate….long time, no see. How’s it hangin’?) or as a form of approval or congratulation. Coca Cola has been running a ‘Share-A-Coke’ campaign for some time in Australia and in that country these cans are probably more common, but in Phnom Penh this may be the only one. It reminds me of how unique Australians are.