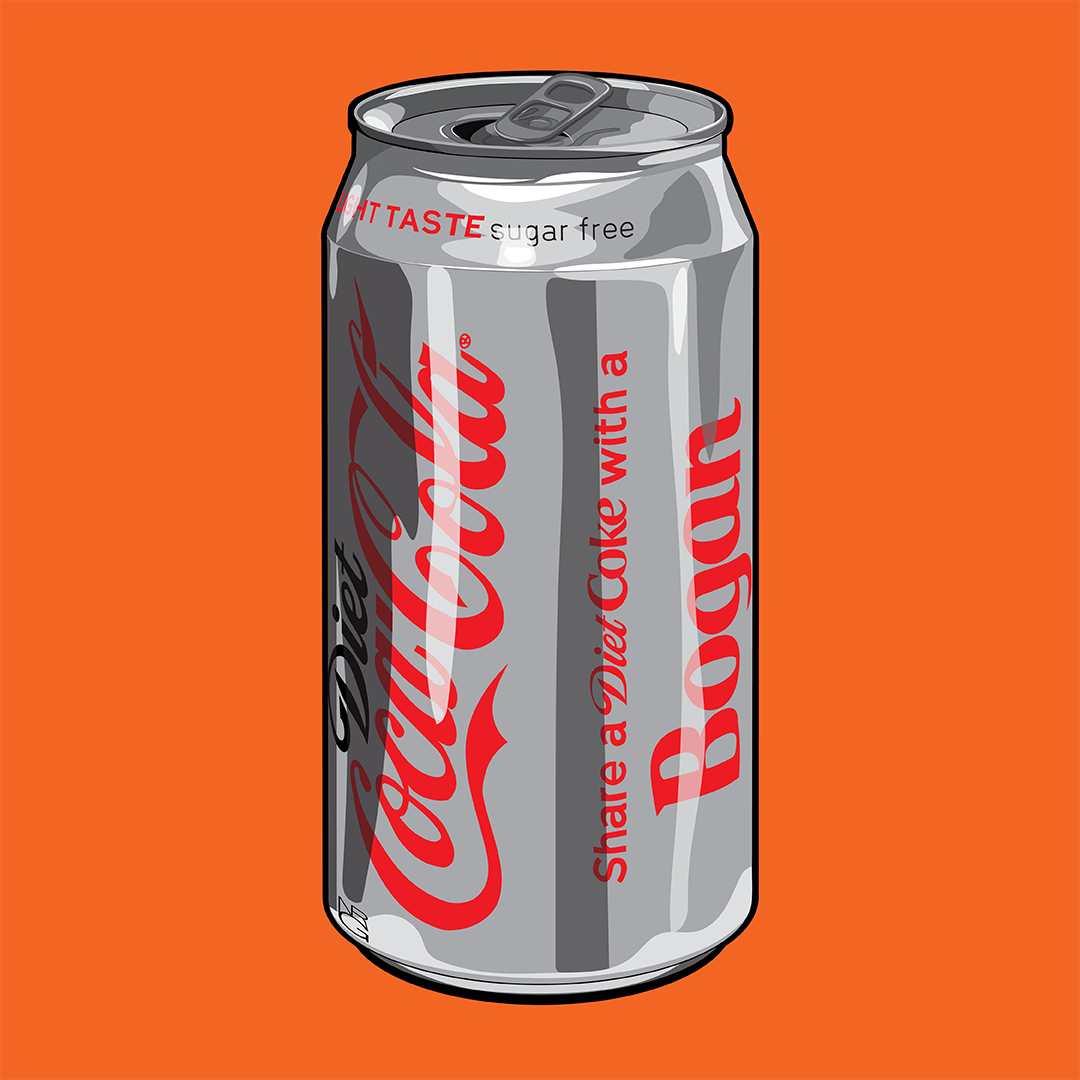 Diet Coke Australian Bogan is an illustration of a Diet Coca Cola can purchased in a Phnom Penh supermarket in May 2021. NRG: I found this can in a supermarket that imports groceries from the USA and Australia. It caught my eye along with another can because of the uniquely Australian word printed on the side – ‘Bogan’. ‘Bogan’ is a derogatory Australian slang word for an uncultured person, roughly equivalent to an American ‘Redneck’ or a British ‘Chav’. Coca Cola has been running a ‘Share-A-Coke’ campaign for some time in Australia and in that country these cans are probably more common, but in Phnom Penh this may be the only one. I had to draw it.