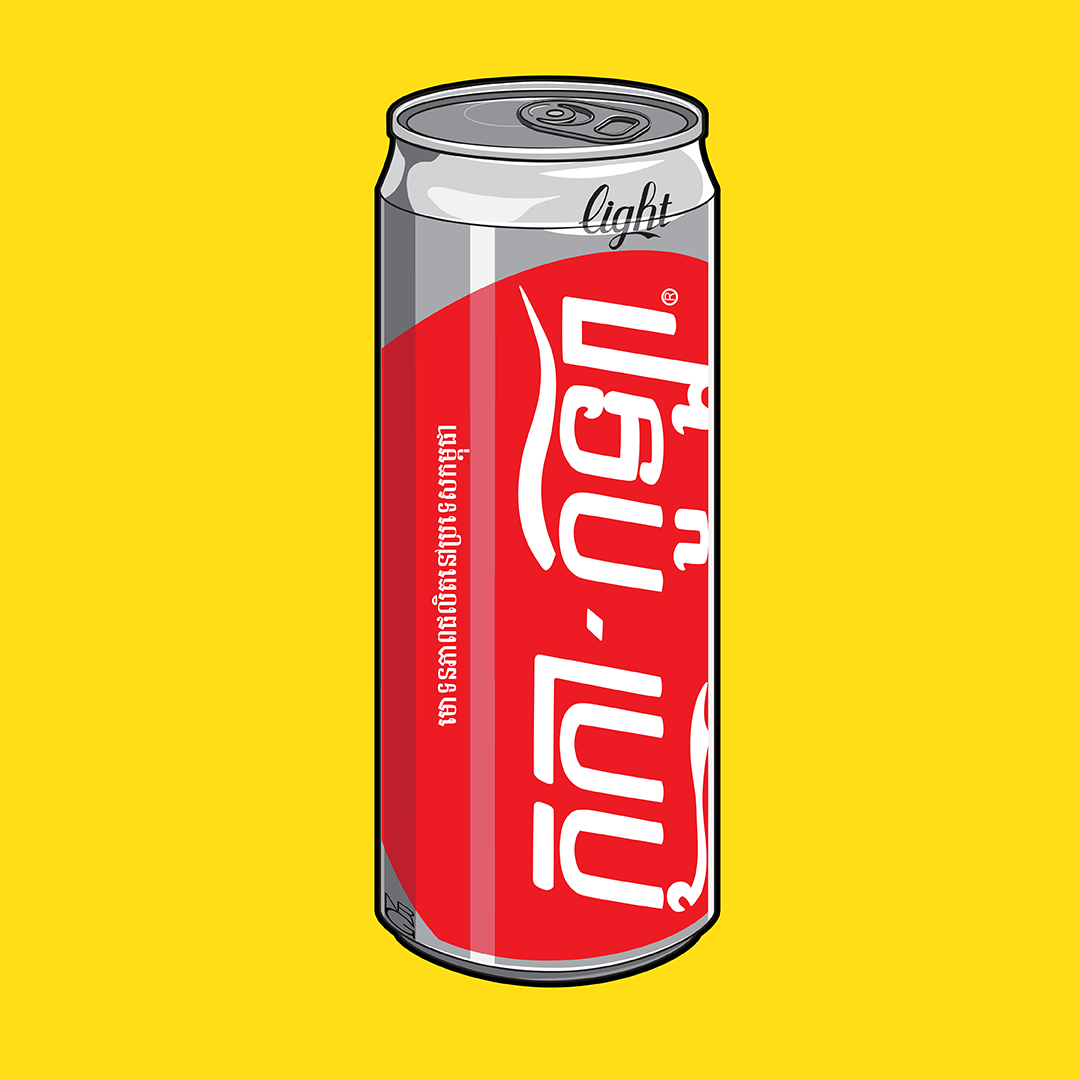 Coke Light Can is an illustration of the Khmer localised version of a Diet Coca Cola can, named ‘Light’ in the market region. Nearly every word has been translated to Khmer script, most interestingly the words ‘Coca Cola’. Somehow this ordinary and familiar consumable object is now exotic. Can a tourist tell what’s in the can? How do you pronounce Coca Cola in Khmer? Does it have sugar in it? Will it taste the same?