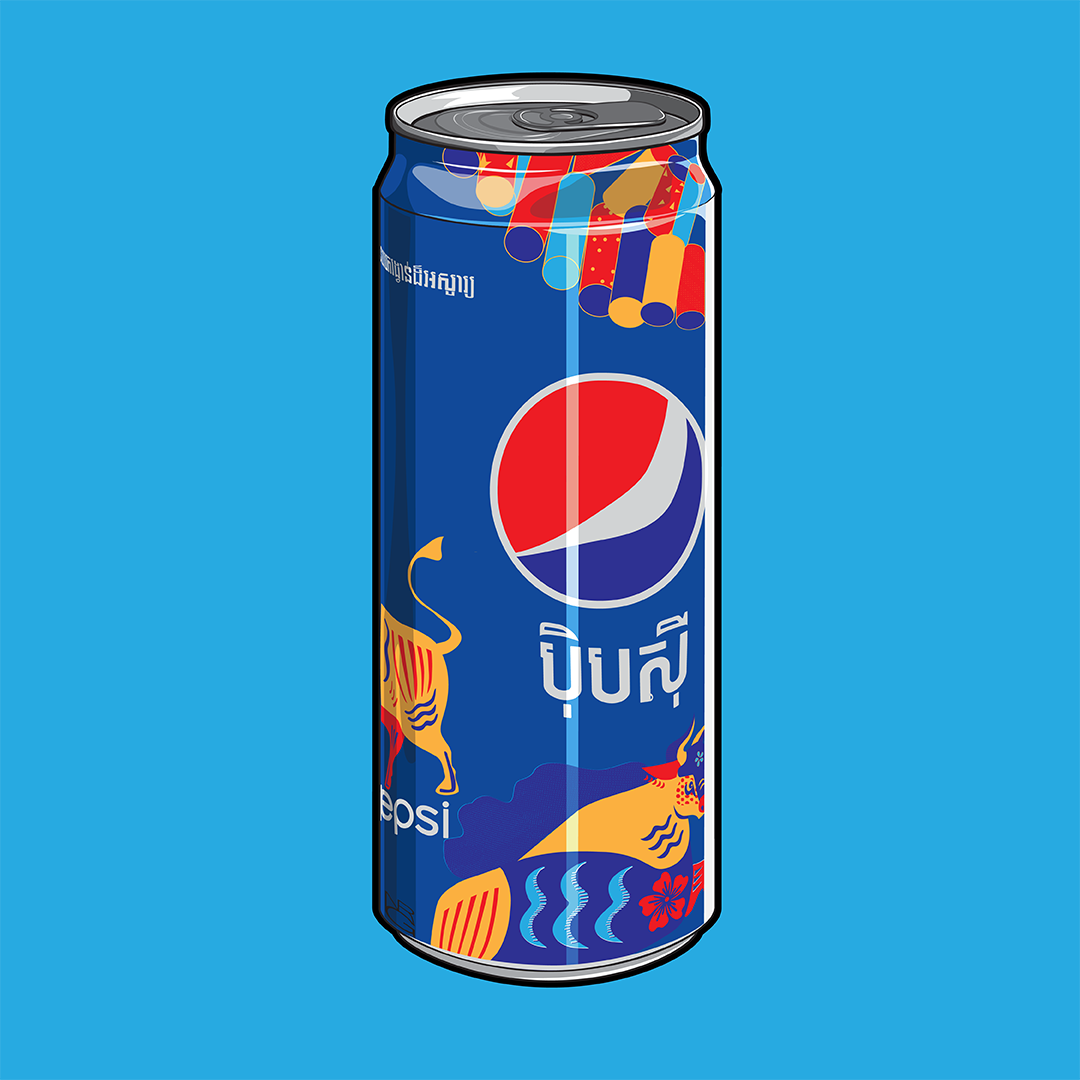 Pepsi Year of the Bull

Pepsi Year of the Bull is an illustration of a Pepsi Cola can purchased in a Phnom Penh supermarket in April 2021. Pepsi created this limited edition 2021 can as a promotion around the Khmer New Year which is celebrated in April every year in Cambodia. Like Chinese New Year which falls in February, Khmer New Year is an incredibly special time in Cambodia, marking the end of the harvest season and a new solar year. There is a 3-5 day holiday where most people return to their families and celebrate with rituals and feasting.

It’s the favourite time of the year for all Cambodians. 2021 is the Year of the Bull, so Pepsi released a limited-edition design featuring a golden bull and firecrackers. NRG found the design interesting and the word ‘Pepsi’ in Khmer script makes it unique to Cambodia.