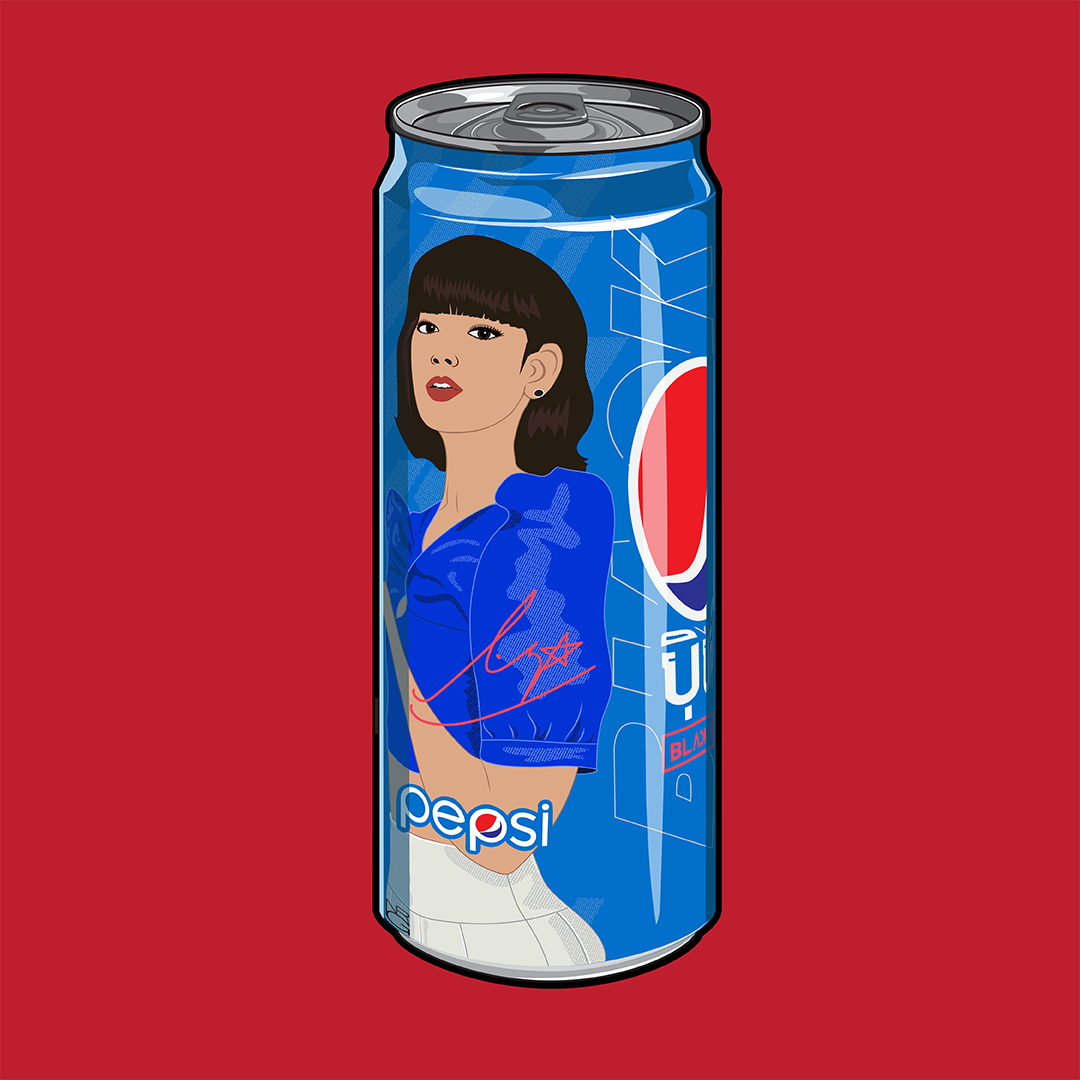 Pepsi Blackpink Lisa is an illustration of a limited-edition Pepsi Cola can purchased in a Phnom Penh supermarket in May 2021. NRG: The all-female Kpop band ‘Blackpink’ is a music sensation in Asia. In 2021, Blackpink ‘collaborated’ with Pepsi for a soda can promotion featuring the band members on limited edition cans. I bought this can of Pepsi for $US0.40 but empty cans of these are selling for $4.00 each on Ebay (excluding shipping costs).

When I saw the Blackpink cans in the supermarket, it occurred to me that they will nearly all end up crushed ad recycled. The promo will end and these cans with pretty girls on them will never be manufactured again. I drew them so they will always exist. The design is interesting because it both incorporates an image of Lisa and her signature as well as the Khmer script for the word ‘Pepsi’ – it was created only for Cambodia.