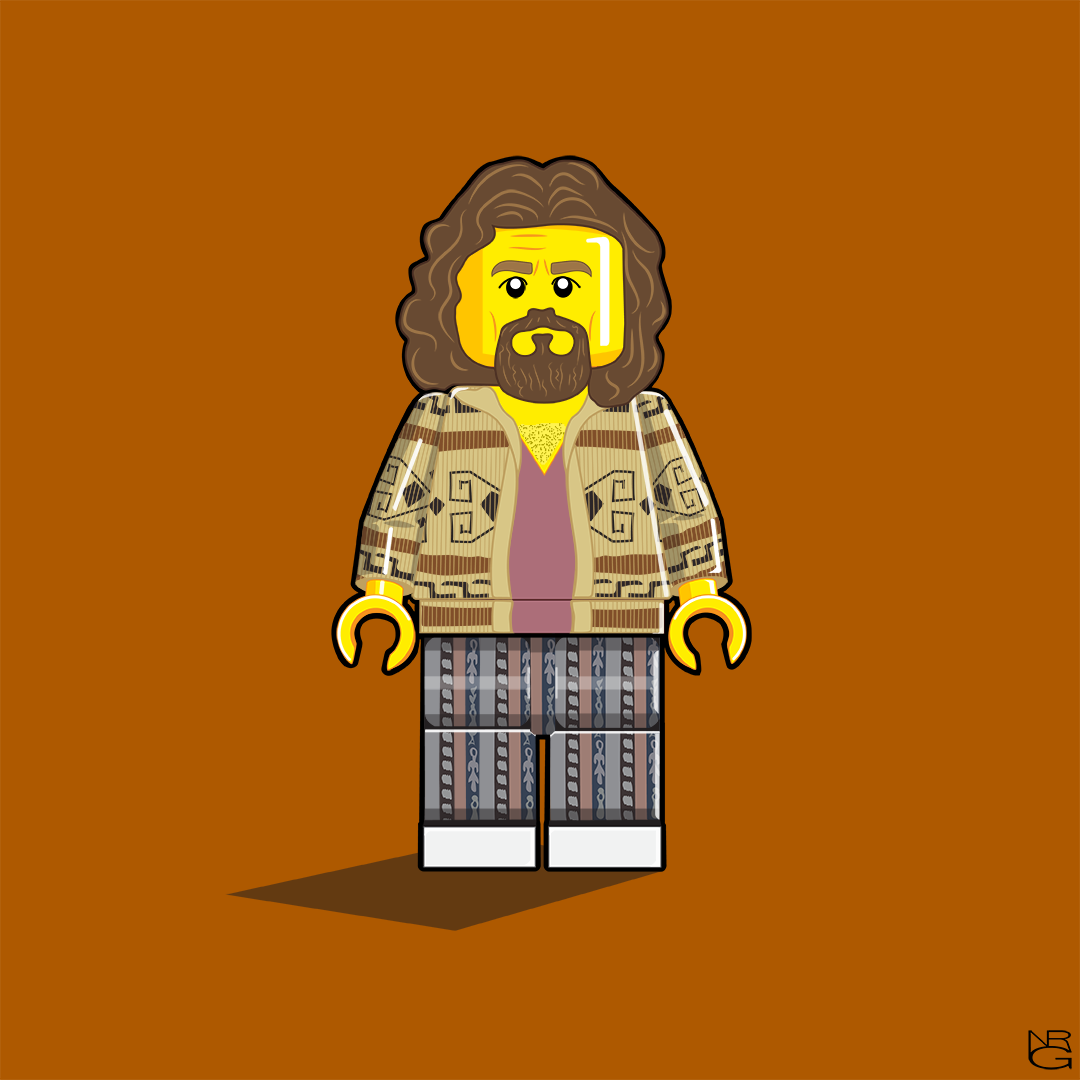 The movie has spawned a cult following (artist included) for it’s quirky cast of characters, in particular The Dude, a character who has even inspired his own religious following. The actor playing The Dude, Jeff Bridges, has a particular affinity with the character. In October 2020, Jeff Bridges announced his lymphoma diagnosis on Twitter with a quote from The Dude: New shit has come to light