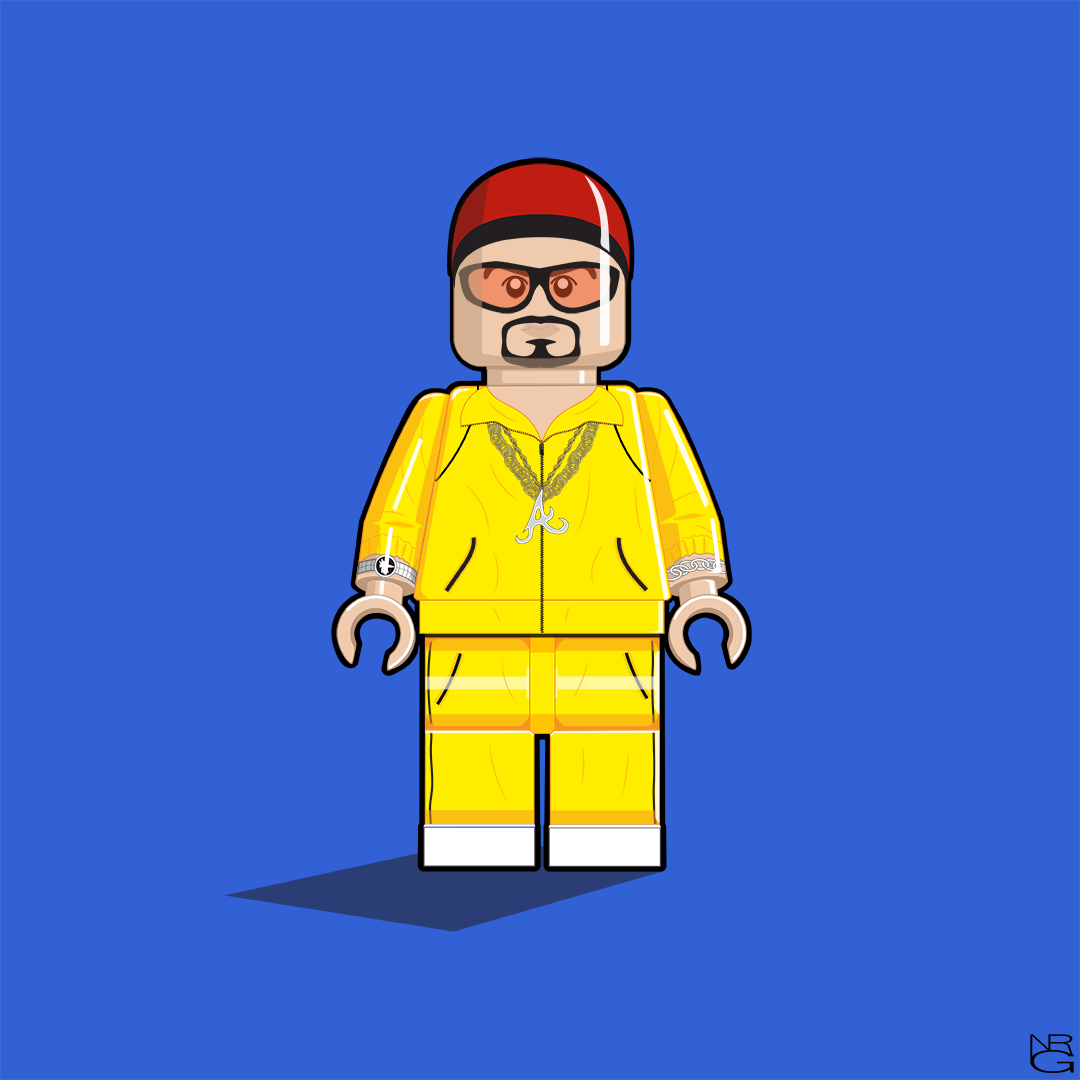 Sacha Baron Cohen has created several satirical and sometimes controversial characters over his 20+ acting career, rising to fame in the early 2000’s with his “chav” parody character Ali G.

Sacha as Ali G is a portrait of the character in his best-known outfit - the yellow tracksuit with red skull cap.