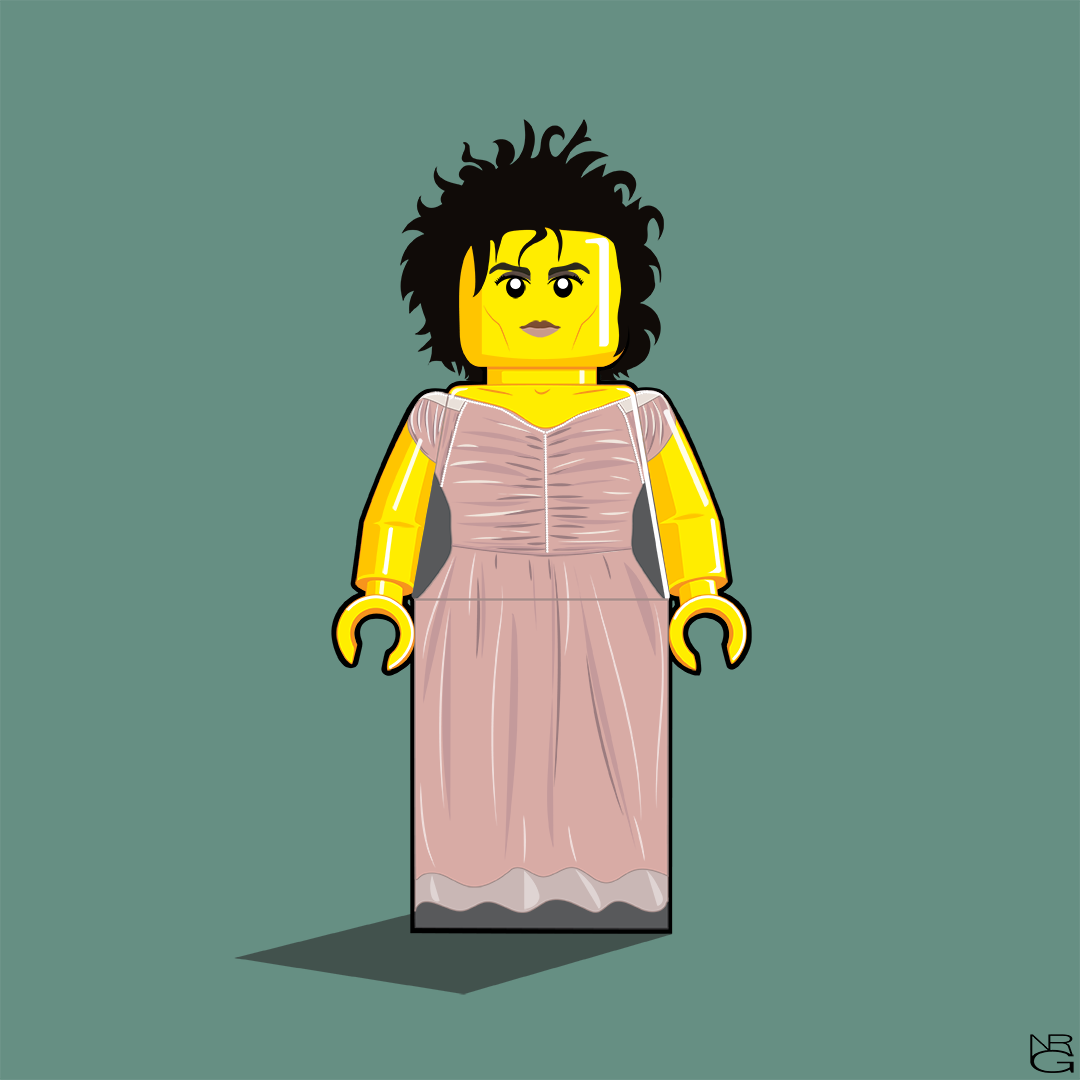 In Helena as Marla, the artist imagines the actor Helena Bonham Carter in CryptoBrickie form as the character Marla from the cult 1999 movie, Fight Club. She is featured in this portrait in the bridesmaid dress she buys from a thrift store: “I got this dress at a thrift store for one dollar. It's a bridesmaid's dress. Someone loved it intensely for one day, and then tossed it. Like a Christmas tree. So special. Then, bam, it's on the side of the road. Tinsel still clinging to it. Like a sex crime victim. Underwear inside out. Bound with electrical tape”.

Based on the novel by the same name by writer Chuck Palahnuik, and directed by David Fincher, Fight Club did not do well at the box office, but slowly over time began to develop a cult following. In the opinion of the artist, the movie is more relevant now than it was in the late 1990s.