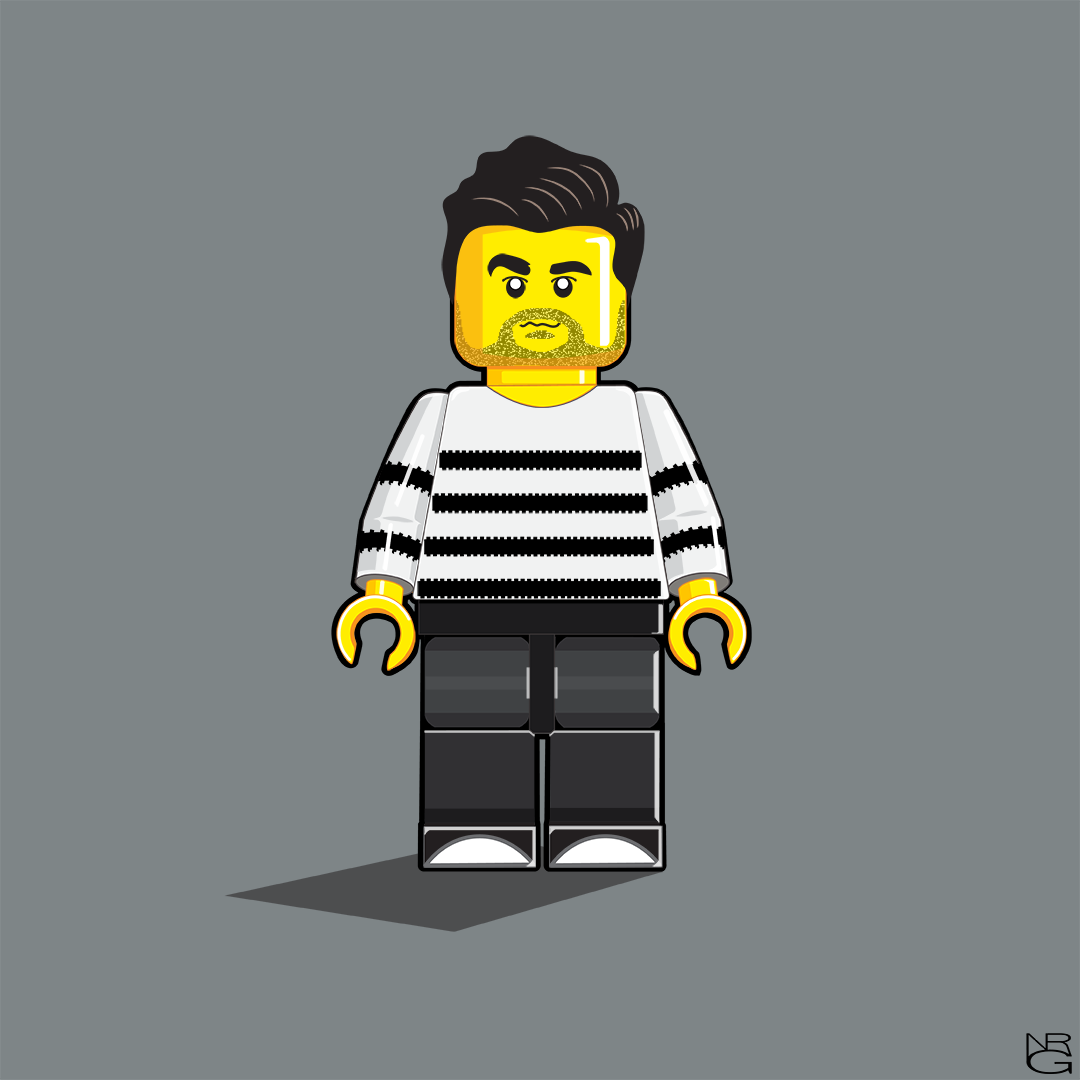 Multi award-winning Canadian series Schitt’s Creek, about the formerly wealthy Rose family who find themselves forced to relocate to the small town of Schitt’s Creek boasts a cast full of memorable and beloved characters, which are featured in the Schitt’s Creek Series of CryptoBrickies.

David Rose is the elder son of Johnny and Moira, and a former gallery manager. He has great design sense and style, and a wardrobe that is entirely made up of black and white designer clothes. David’s development from single, unemployed, spoiled rich 30-something to successful small business owner who finds the love of his life in a small town is central to the show.

The characters portrayal of same-sex relationships is ground-breaking but perhaps more profound is dealing with themes of insecurity and trust which people of all genders can relate to. In David Rose, David is portrayed in a black and white striped sweater that appears in key art for the show and throughout the series.