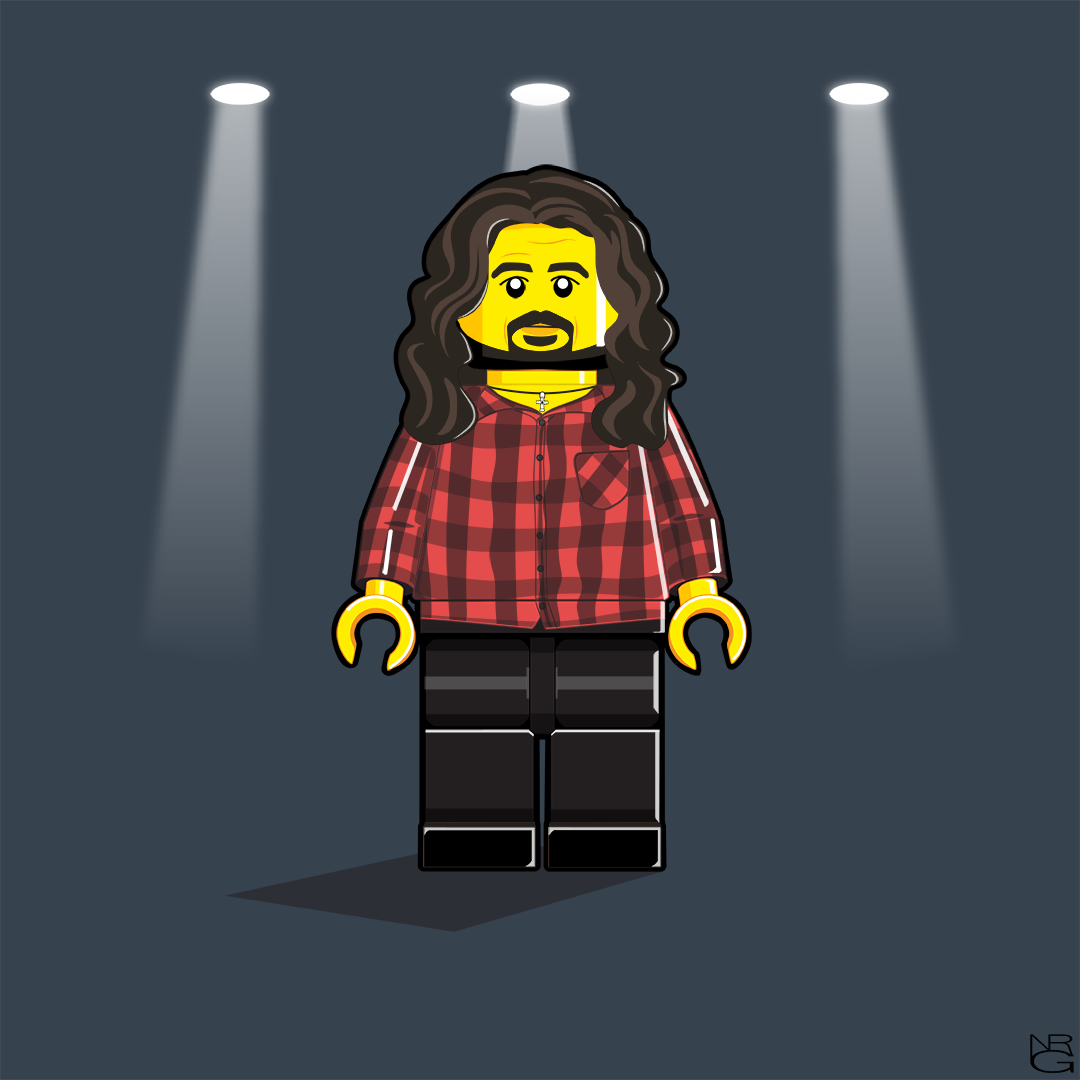 The Musicians Series features portraits of famous musicians in some of their most recognisable forms.

Plaid Dave Grohl is a portrait of the legendary rock musician Dave Grohl. Dave originally rose to fame as the drummer in the world-famous band Nirvana, and after the death of lead singer, Kurt Cobain, went on to form the rock band The Foo Fighters.