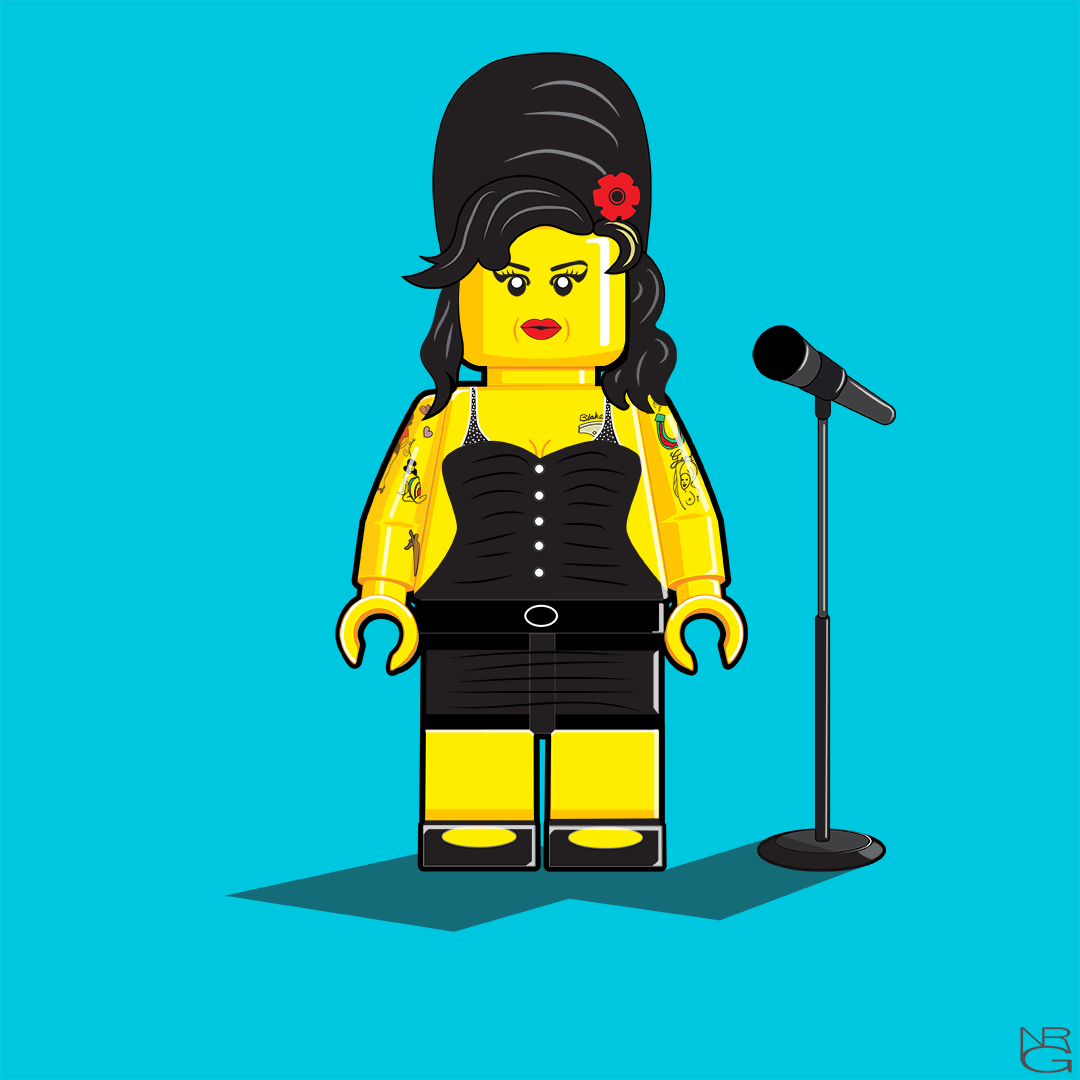 The Musicians Series features portraits of famous musicians in some of their most recognisable forms.

Amy Winehouse is a work depicting English singer/songwriter Amy Winehouse in her heyday of music and controversy on the red carpet at the 2007 MTV Music Awards.

Her beehive hairdo with red flower was one of her most iconic looks and her little black dress shows off her many tattoos, including the name of her then-husband on her left breast.