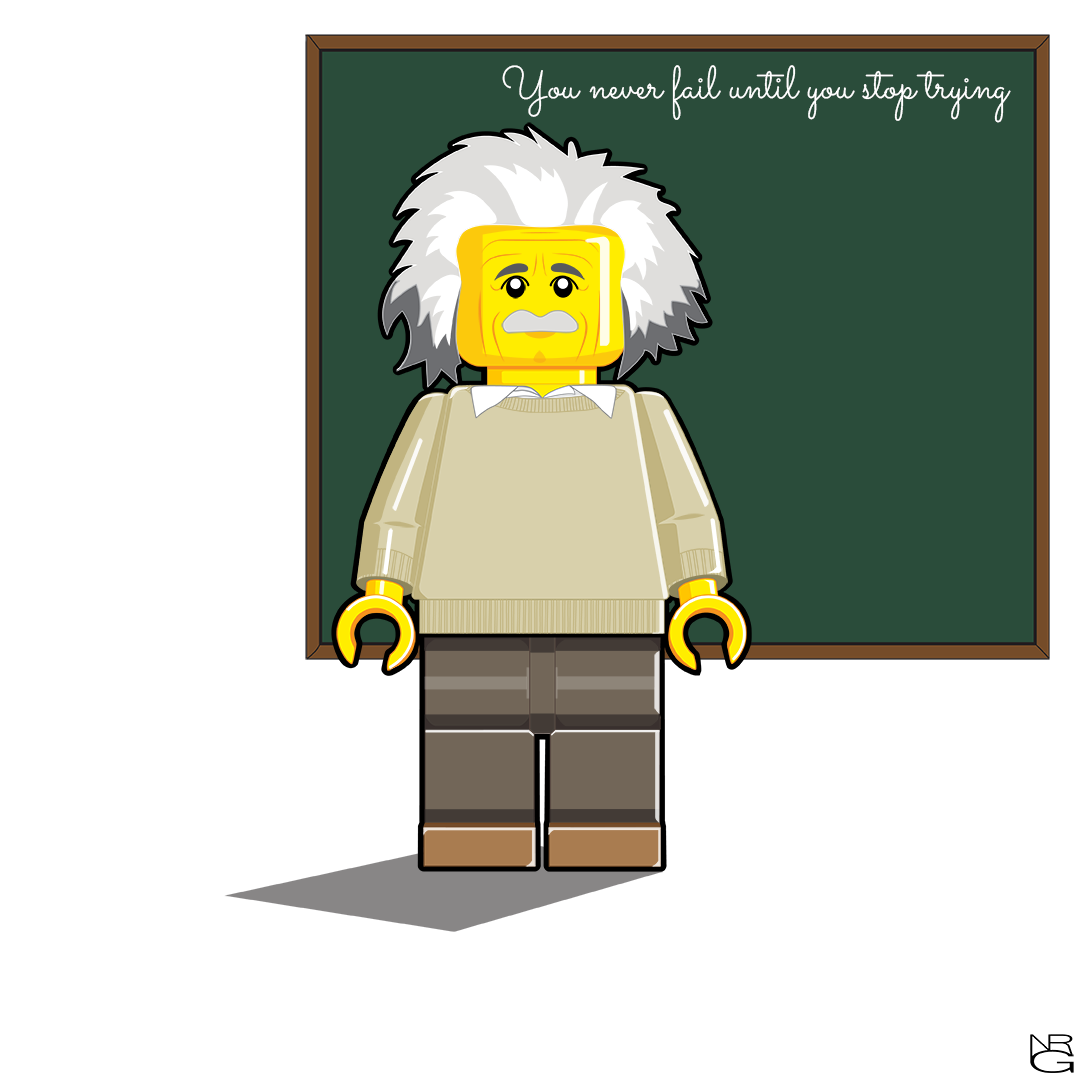 The Scientists Series are portraits of well-known people from the field of science.

Albert Einstein (1879-1955), a theoretical physicist, is perhaps the most well-known scientists in human history; a genius who defined the speed of light and proposed the theory of relativity that changed humanity’s perception of the universe.

In the portrait Albert Einstein he is portrayed late in his life, wearing comfortable clothing that he often wore while lecturing at university. He stands in front a blackboard on which is written one of his quotes.