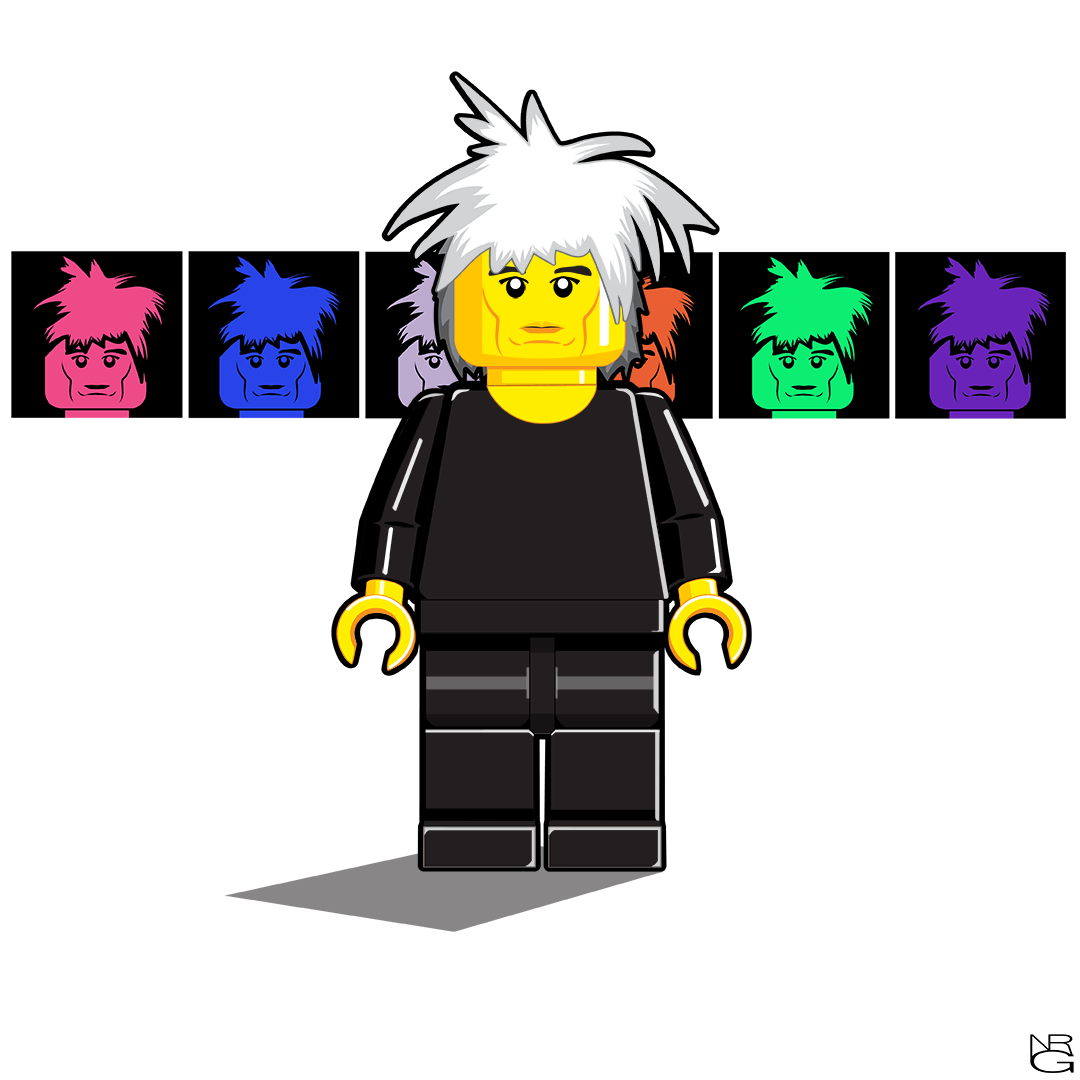 7 Andy Warhols is a portrait of Andy Warhol and pays homage to the iconic artist synonymous with the pop art movement.

He completed his last work, Six Self Portraits, in 1986 a few months before his sudden death from surgery complications. Christie’s has this to say about the work: “In Six Self-Portraits, Warhol assembles six variations of his iconic 1986 ‘fright wig’ self-portrait, his disembodied face emerging from darkness in a series of intimate 22 x 22-inch canvases. His sculpted, mask-like face, bathed in dramatic contrast, resembles a skull. Placing himself alongside the great masters of the genre, from Dürer and Rembrandt to Picasso and Bacon, Warhol charges his self-image with a poignant sense of his own mortality.”

In 7 Andy Warhols, Brickie Warhol is drawn standing in front of his Brickie self-portraits in the pop art style of Six Self Portraits. A version of each of these has also been included in the downloadable content when purchasing this artwork.